Car prices aren’t dropping anytime soon. New industry data shows that in January 2022, car shoppers paid above the manufacturer’s suggested retail price (MSRP) in more than 82% of new vehicle purchases. By contrast, this happened only 2.8% of the time in January 2021. In addition, used car prices have increased an average of 40% over the past year — understandably, consumers aren’t happy about it.

i want a new car but i don’t want to pay new car prices .

Used cars so expensive these days

This trend may mean more revenue for dealerships in the short term, but it also creates a reputation management problem.

Why Have Car Prices Been Soaring?

The increase in car prices is one of the biggest stories in automotive since the pandemic hit. Car prices have been rising for two reasons: 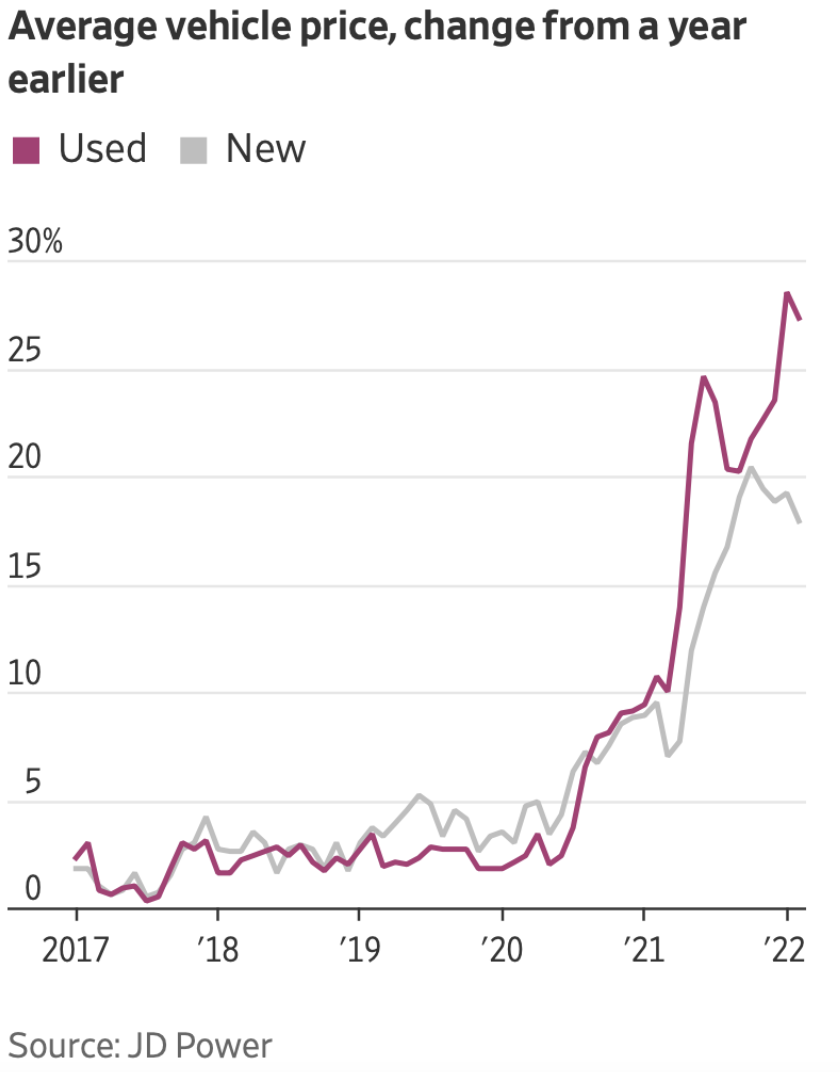 Why the News Matters to Dealerships

Long-term risks to their reputation. According to the 2021 Automotive Reputation Report, the price of a car is the biggest driver of negative shopper sentiment (based on an analysis of 4.8 million shopper reviews). In addition, sentiment about inventory shortages is dragging down the automotive industry’s reputation. In fact, reviews mentioning shortages are roughly twice as likely to be negative compared to reviews about the industry generally. In other words, shoppers are not onboard with dealers who claim that rising costs are due solely to an inventory shortage.

Told the dealer I’d like to buy the new Civic Si that’s arriving on the truck right now. They gave me the out the door cost: 38k! 10k over MSRP

More business for direct-to-consumer competitors. As The Wall Street Journal reported, “The reputational risks [of high prices] are higher than ever, with Tesla Inc. and other new electric-car startups offering buyers a way to skip the dealership and buy directly from the manufacturer, sidestepping the car-lot haggling that many buyers dislike.” Direct-to-consumer businesses such as Tesla and Carvana don’t experience the overhead costs of running dealerships. They have more control over pricing than other automakers. And consumers are responding.

Conflict with automakers. Both Ford and General Motors have warned dealerships that they will withhold deliveries to dealerships that sell vehicles above MSRP. This includes popular vehicles such as Ford’s F-150 Lightning pickup as well as forthcoming electric vehicle models.

Do something about dealership markups for the F-150 Lightning being as high as $30,000 above MSRP. Do better.

What Auto Dealers Should Do

Related: How to Become a Top Automotive Dealer

Reputation is the number one online reputation management platform for the automotive industry. We can help you improve online visibility, increase sales and service leads, and drive higher customer satisfaction wherever vehicles are sold.

Take a look at the 2021 Automotive Reputation Report to get started.

Unlock the Power of Your Property’s Reputation

How Google is Fighting TikTok