June saw the start of an unlikely shakeup in the golf world, with the LIV Tour threatening golfer participation and audience viewership of the PGA Tour. Essentially, the LIV Tour has been enticing more and more golf pros to participate despite the human rights concerns circling the funding behind Saudi Arabia’s LIV Tour. But those who do participate are banned from playing in PGA events, due to violating rules and regulations. The war on the PGA truly escalated over the weekend of June 19 at the US Open.

Fans have taken to social media to express their outrage over golfers’ decisions to join the LIV tour. Reputation has been following along and tracking this contentious topic since June 2022. Our Social Listening tool saw that the LIV Invitational Series saw 121% more social media mentions between June 13 – June 21 — despite the fact that the US Open was taking place over this time period.

On face value, it looks like the LIV Invitational series is getting more buzz than the PGA events, such as the US Open. However,  it is worth noting that Reputation’s Social Listening saw that user emotion skewed towards disgust over the Saudi-funded tournament. However, the US Open saw much stronger positive emotion 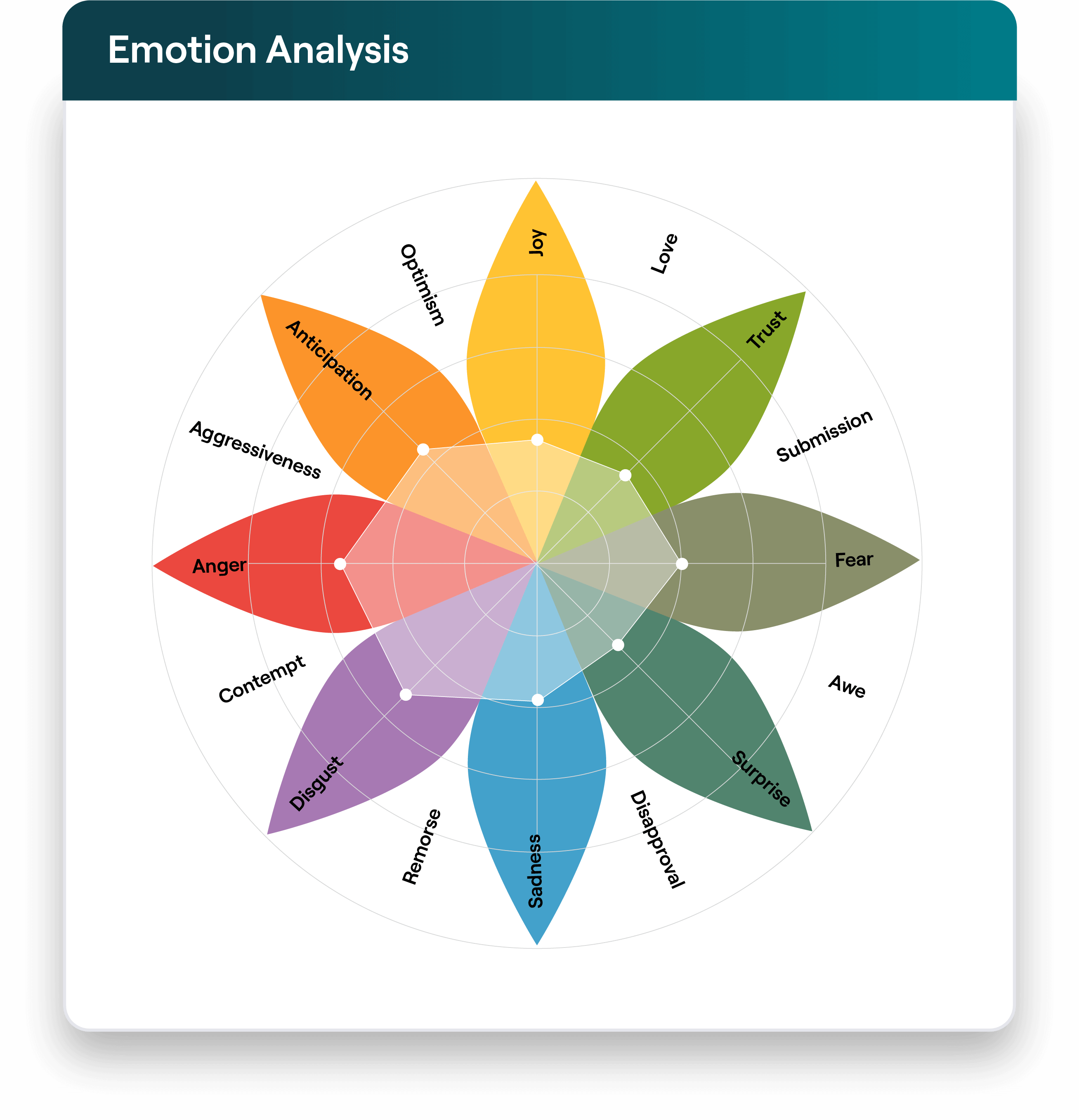 This social listening data indicates that most of the fan discussion has focused on the money aspect of the new LIV tour, as well as being outraged at player decisions, U-turns, and the lack of morals.

So, what does all of this mean for the world of golf? Our CEO, Joe Fuca, provides his take on the current situation:

As a massive sports fan and avid golfer, I’ve always appreciated the value of a good rivalry. So, I took a special interest in Reputation’s analysis of the knock-down, drag-out fight going on between the PGA Tour and LIV Golf Series.

Wow . . . did that analysis uncover some important truths.

One of the biggest takeaways for me is the important reminder that sports, sporting events, and sporting organizations do not happen in a vacuum. The PGA Tour is a global brand that pulls down more than a billion dollars a year in revenue. Like every business, the PGA Tour has a reputation to protect. That reputation is shaped by fans, and issues beyond the quality of the play on the field influence fans’ perceptions.

This goes for the golf pros who participate in tournaments, including Brooks Koepka, the latest star to defect from the PGA Tour to the LIV Golf Series. Our social media analysis uncovered some passionate and deeply held concerns among fans about the moral and ethical consequences of golfers joining the LIV Tour. We know this because the words that we see most associated with the LIV Tour controversy focus on moral issues, such as “money,” “cash,” and “blood.” 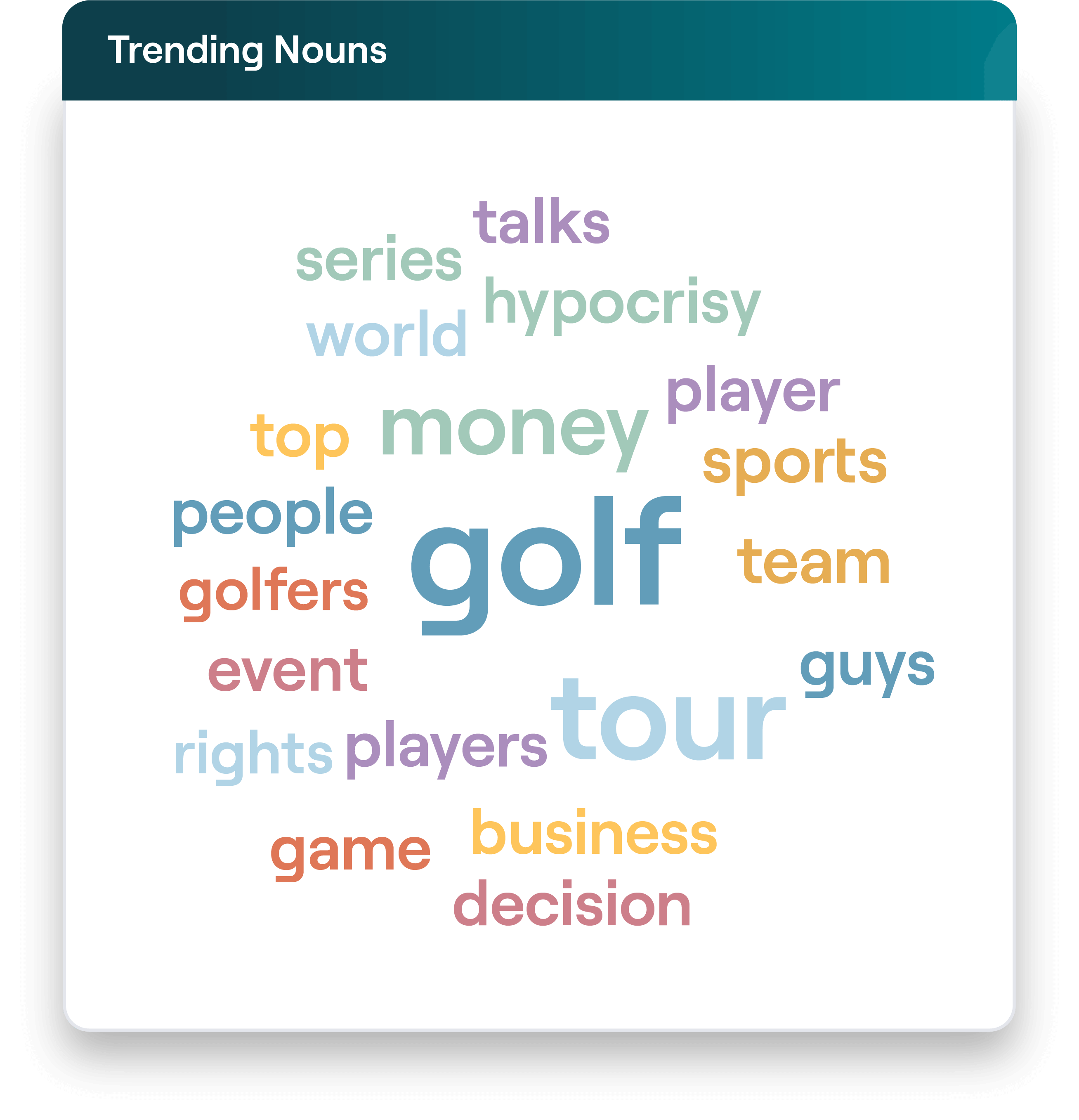 To say the least, I don’t think any brand wants to have those words appear together alongside their names. Especially not in today’s climate.

The social sentiment also sends some important clues to the PGA Tour as it fights to save its own reputation as a premier, world-class sporting organization. We also see some other critical clues, like the one offered by Matt Fitzpatrick, who recently won his first major championship and his first PGA Tour event at the U.S. Open. He said he’s not defecting to the LIV Tour because he “grew up watching the BMW Championship at Wentworth, the Masters, and others — and those events mean something.”

Bingo! He’s talking about the value of tradition and nostalgia. Our social sentiment analysis shows that golf fans likely feel exactly the same. The PGA Tour has an opportunity to capitalize on that nostalgia and tradition. The NFL does year after year — even though the organization cannot guarantee a quality outcome on any given Sunday during the football season.

For the PGA Tour, protecting its reputation is also about capitalizing on big moments such as Matt Fitzpatrick’s U.S. Open win. It’s about the joy of the sport and the loyalty of the fans that transcends individual players. The pristine beauty of the hallowed courses where tours take place. All those elements contribute to memorable moments.

The PGA Tour is already taking action to protect itself, like increasing the purse strings for major events and making some significant changes to its schedule. Our social listening analysis says that the PGA Tour can also strengthen its reputation by connecting with fans emotionally through the power of nostalgia and tradition.

As this topic is not going away, Reputation has some recommendations for how to handle controversies such as these:

This is just the beginning of the Cold War on golf. Let’s watch this space.

How to Heat Up Your Social Media Strategy